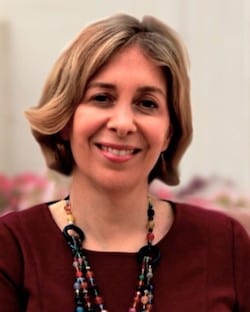 Caren Baruch-Feldman, Ph.D., is a clinical psychologist and a certified school psychologist. She maintains a private practice in Scarsdale, New York, and works as a school psychologist in the Harrison schools in Westchester, New York. Caren received her undergraduate degree from Barnard College of Columbia University and her doctorate in Clinical Child Psychology with a School Psychology Certificate from St. John’s University. Caren also trained at the Albert Ellis Institute and is a Fellow and Supervisor in Rational Emotive Behavior Therapy (REBT).

Caren has worked as the camp psychologist at Camp Ramah in Nyack, New York. She wrote Ramah’s staff training manual and has expanded her unique training work to other camps. Outside of camp, Caren has held numerous leadership positions. She is the past president of the School Division of the Westchester County Psychological Association and co-chair and co-founder of Parents and Professionals Advocating for Students (PAPAS) at Westchester Day School (WDS), a Jewish Day School.

Caren has authored numerous articles and led workshops on cognitive behavioral therapy techniques, helping children and adults with stress and worry, executive functioning, increased well-being, and psychological assessment. She has developed workshops that focus on combining best practices in psychology with Jewish traditions and principles. In addition, Caren and her daughter, Emily, have developed a program that helps children feel more comfortable around dogs— The S.A.F.E. Doggy Program.

Over the past 25 years, Caren has enjoyed training hundreds of teachers, parents, children and health care professionals. She has been invited to give workshops and lectures throughout the United States. In 2015, Caren published her first book, The Grit Guide for Teens. That project, her in-service training, and her interactive workshops are among the highlights of Caren’s professional life.