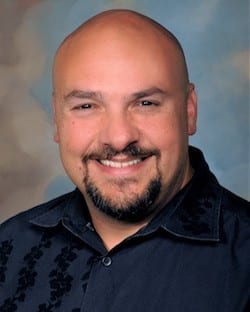 Brad Wiggins, RN, BSN, is the Nurse Manager for the University of Utah Health Burn Center in Salt Lake City, Utah. Prior to this leadership position, he served for 23 years as Camp Director at University of Utah Health Burn Camp. In that role, Brad established wilderness white water river trip camps for teens and adults, as well as traditional camps for children who had survived the trauma of burn injuries. His camp programs served as the model for many other burn camps across the country.

Brad was a founding member of the International Association of Burn Camps (IABC) in 2001 and served as chairperson of the organization from 2007 to 2012, helping to promulgate professional burn camp practices around the world. In 2013, Brad partnered with Expert Online Training, the International Association of Fire Fighters, and FEMA to produce a series of specialized video training modules for burn camp staff. He also hosted modules on fire safety and emergency preparedness.

Brad especially enjoys helping youth programs design and integrate psychosocial programming. He is an active member of the American Burn Association, having served on the ABA Program Committee, Organization and Delivery of Burn Care Committee, Burn Nurse Certification Committee, and Burn Camp Special Interest Group over his 28 years in burn care. He has received many accolades, including being recognized as a Utah Business Magazine “Health Care Hero” in 2002 (Brad’s burn camp received this award in 2011), and as a “Pay It Forward” recipient from KUTV in 2012.

Brad is a favorite speaker at medical facilities, care organizations, and camp conferences. When they are not at camp, Brad and his wife, Necia, live in Layton, Utah with their two children, Kaelyn (born 1998) and Lance (born 2003). He enjoys river rafting, camping, fly-fishing, and cheering for the Denver Broncos and the University of Utah football team.